India is home to over a thousand archaeological sites. And the good news is that most of these are easily accessible by travellers.

Ancient cultures have brought a variety of architectural advances to the country, and these combine with archaeological wonders to make for a mystical and must-see travel experience.

Below is the ultimate archaeological bucket list every serious traveller will want to see.

When visiting the ancient city of Madurai in the state of Tamil Nadu, the Meenakshi Temple is an absolute must-see.

Not only is Madurai one of the oldest cities in India, but it is also one of the liveliest and most continuously inhabited regions in the country.

This special temple was built in honour of the Hindu goddess Parvati, and it is best known for its remarkable gopurams.

Gopurams are gateway towers covered in carvings of gods, demons, and animals, which have been painted in strikingly bright colours. The temple itself is thought to date as far back as 2,500 years ago and was founded by Lord Indra.

What makes it even more amazing is that the number of sculptures adorning the temple numbers at an estimated 33,000, which makes of the site a remarkable archaeological phenomenon.

Nalanda University is one of India’s oldest centres of learning and is located in the ancient kingdom of Magadha.

The region played an important role as a trade post in the ancient capital and is believed to have been visited and revered by the likes of Lord Mahavira, Gautama Buddha, and the Jain Tirthankaras.

Around the 7th century, the university accommodated around 10,000 students, and was also home to a mammoth library 9 stories high. What makes the university so significant is that it had been synonymous with the waning of Buddhism in the country, and the subsequent rise of Hinduism.

Located in the Indian state of Karnataka, Hampi Village is one of the most searched historical wonders on Google – the same place you’ll find the best New Zealand gambling online.

It is well-known for its rich archaeology of a now-extinct kingdom, and for its being home to the incredible Virupaksha Temple. It is also a region famous for its many Hindu temples.

Aside from the temples, it is also home to several significant buildings like the Elephant Stables, Zanana Enclosures, King’s Balance, and the Lotus Mahal.

Many of the most significant archaeological findings are on display at Kamalapura’s ancient museum.

Another must-visit is the annual chariot festival celebrated in February.

The Taj was constructed by Mughal Emperor Shah Jahan for his queen, Mumtaz.

It is one of the seven wonders of the world and attracts hundreds of thousands of tourists each year.

The Ajanta and Ellora caves feature unbelievable paintings and sculptures.

These rock-cut caves are home to some of the finest Indian paintings and carvings, and number about 30 in total.

The paintings are especially expressive and are regarded as absolute masterpieces of religious Buddhist art. For this reason, the caves are a protected site in the custodianship of the Archaeological Survey of India. They also enjoy UNESCO World Heritage Site status. 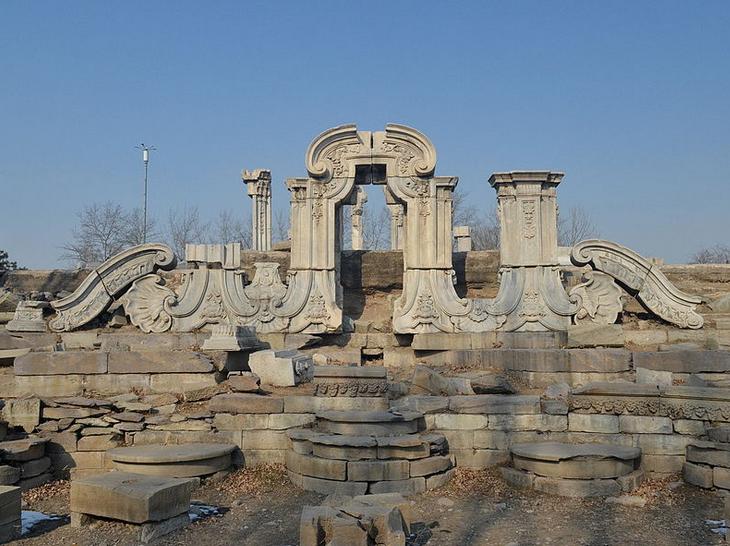